Robots Will Not Replace Us

I read an article this morning that predicted Eight Hundred Million jobs, worldwide, would be replaced by robots in the next twenty years.

As a radiologist and an entrepreneur, I suspect I may have a unique perspective on this subject. And I’m here today to reassure you that robots, machine learning and automation are not going to take away hundreds of millions of jobs. They are, however, going to make those jobs a lot more complicated.

For years, in the radiology world, we’ve been hammered with the same message over and over again. That message (usually being disseminated by healthcare payers) is that “Technology has made your job easy!  You’re overpaid for what you do!”

I’d like to put this argument to bed, once and for all.

Back in the 1980’s when the fee codes for cross sectional imaging were first established (fee codes that have not increased in most cases since that time) a CT scan or MRI consisted of ten to twenty small images, printed on a sheet of film (actual film!!!), which the radiologist would stick to a light-box and examine with a magnifying glass.

The images were made of non-contiguous slices through the body, usually at something between one and five centimeter intervals. In the chest you would see a few slices of the lungs and the heart. In the abdomen you would see pieces of the liver, the spleen, the pancreas (if you were lucky) the kidneys, bits of the adrenal glands, segments of the large bowel and segments of the small bowel.

If there was a tumor larger than a tennis ball, there was a reasonably good chance you might catch a piece of it. Having said that, if the tumor looked like a loop of small bowel or large bowel (remember - this was on film - you couldn’t manipulate the images to change contrast) odds are you would miss it. And it was ok to miss things. Because that was a limit of the technology.

But as the technology evolved, the slices grew closer and closer together until they overlapped and suddenly you had the gold standard of volumetric imaging available. Combining that with the computer revolution, and improvements in resolution, Radiologists suddenly found they had 100% of a person’s anatomy in all three dimensions on every CT scan. Now we could see the appendix, the lymph nodes, every millimeter of every blood vessel, the coronary arteries, the arteries in the brain, tiny polyps in the colon!  We could see absolutely everything. And suddenly, CT scans that used to be twenty images were two-thousand images, and we were liable for every millimeter of tissue on every single image! A CT scan that used to take five minutes to read, now took twenty five minutes. And because we could see so much more, surgeons realized that they could use CT scans to decide who should go to the OR!  Emergency doctors realized they could use CT scans to decide who should see the surgeon!  And now, the radiologists, who used to read five CT scans a day, we’re being asked to read fifty!  Since the CT scan was suddenly so incredibly, almost magically useful, and since it had become so much more difficult to interpret and the demand became so high for them, you might imagine the fee for reading a CT scan might increase, right?

Well, in fact, the fee never changed. Effectively, taking inflation into account, the fee to interpret a CT scan has decreased year over year since the 1980’s!

And the same goes for MRI, and for angiography, and for X-rays and all the other radiologic tests and procedures. The logic has been that the data is somehow easier to interpret, but clearly this is not the case. If anything, every new layer of technology has added increased difficulty to the job, often requiring increased training and skill sets.

Recently we have seen the development of susceptibility weighted MRI, and MRI spectroscopy, among other new sequences. And has the addition of those sequences added to the interpretation fee for MRI?  Of course, again, the answer is no.

But to my original point, the technological developments we’ve seen have not replaced Radiology as a profession, rather they have cemented our place in the healthcare team as a crux of patient diagnosis. Though the compensation for difficult tests may not have increased the value added to the radiologist’s role in patient care cannot be overstated! 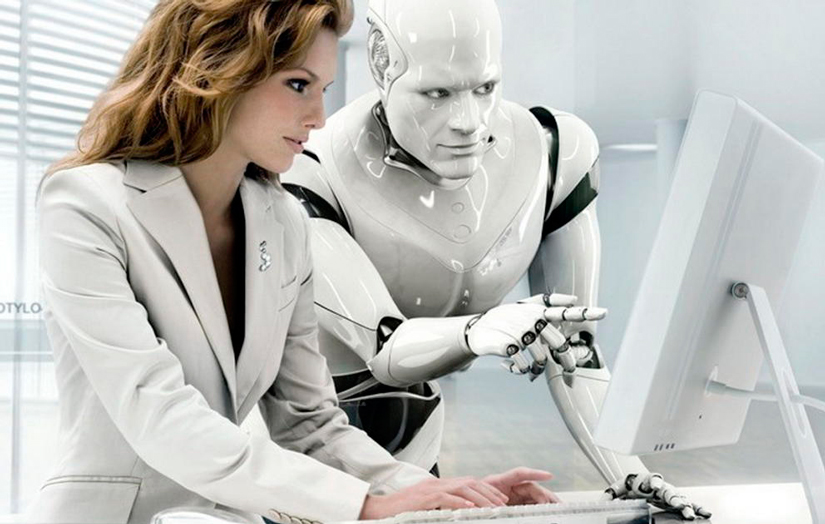 “But, but, but...” I hear you interject, “what about machine learning and AI?”

Artificial Intelligence will be a new layer of technological complexity added to the job. By its very design Artificial Intelligence will have to designate levels of sensitivity and specificity for the detection of findings. A lung nodule, for example, may represent a real nodule, however it may represent a blob of mucus in a bronchiole. Or it could be an artifact from the patient breathing during the exam. The machine, to avoid liability, must err on the side of sensitivity. Part of the Radiologist’s job now, is going to be assuming the liability of disagreeing with the machine to avoid unnecessary tests. Similarly, I foresee a future when the radiologist will need to train his or her AI program, to act as a second set of eyes, or to communicate critical findings. Though artificial intelligence will no doubt have a role in tomorrow’s radiology, that role will never replace the human being who makes the calls and decisions that affect patient care. That kind of responsibility requires Real Intelligence (RI).

And so, when you read the stories of doom and gloom about tomorrow’s future robot workforce, I urge you to refrain from despair. Do not ponder when a robot will replace you. Ponder how much more valuable you will become as technology evolves. Just be certain that you evolve along with it.

Other posts
The School of Momentum and a Tale of Two Online Business Courses I find myself in a position of needing to be an actual, responsible business person. Hence the decision to take some online business courses.
2401
Online Courses
Kaizen: The Secret to Success Kaizen is a Japanese word, that directly translates to Change for Better. But Kaizen is much more than a word
2876
The Joys of Responsible Bootstrapping Even still, we’ve seen some exciting success stories. Imagine, though, how many more success stories there could be with a thousand users! Or ten-thousand! Or a million!
1816
Startups in Canada 2021